Squirrels are everywhere. Next to pigeons and sparrows, one might see squirrels more than any other animal. In parks, they can be seen in the treetops and on the campground, hoping to steal some of your scraps. Squirrels are famous for hoarding nuts and burying them everywhere.

The following lists the most common squirrels in Ontario. 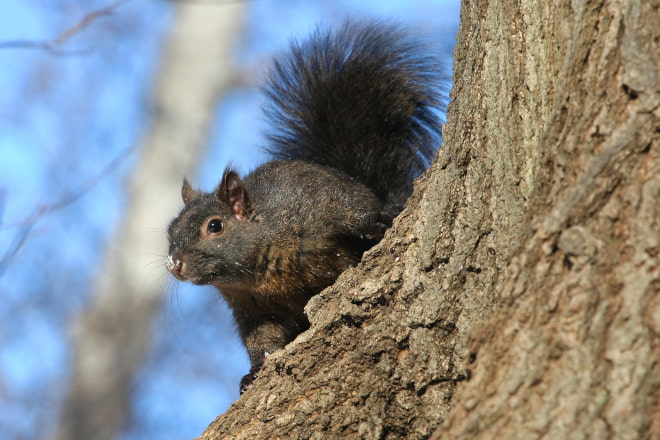 The eastern grey comes in two colours: fully black, or grey, with a white belly. The black colouring is often mistaken for another variety of squirrel, but it is simply genetic. Both colours have big, bushy tails and little rounded ears. Eastern grey squirrels can be found in forests and cities alike – anywhere there are trees. 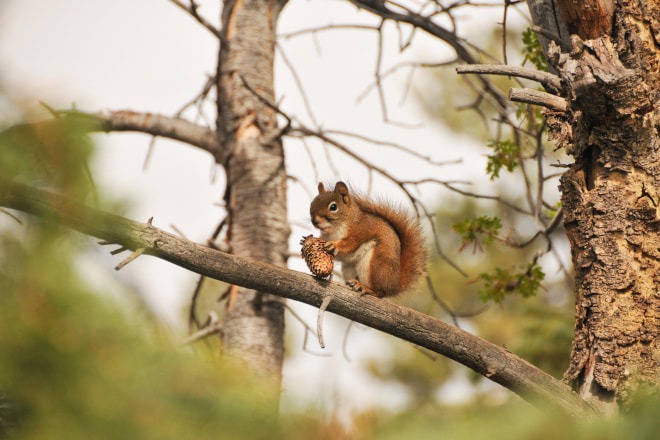 The American red squirrel is the smallest of the tree squirrels and has distinctively red fur. Its tail is also shorter, and it usually has tufts of fur that stick out from its ears. Red squirrels prefer coniferous forests and remote locations, so they are often spotted in Ontario’s backcountry.

These two are the only flying squirrels in North America. Fully nocturnal, these squirrels are seldomly spotted. They can’t actually fly, but they have long membranes that stretch from their wrists to their ankles, which let them glide from one tree branch to the next. Flying squirrels have very big eyes, flat, furry tails, brown backs, and white bellies. 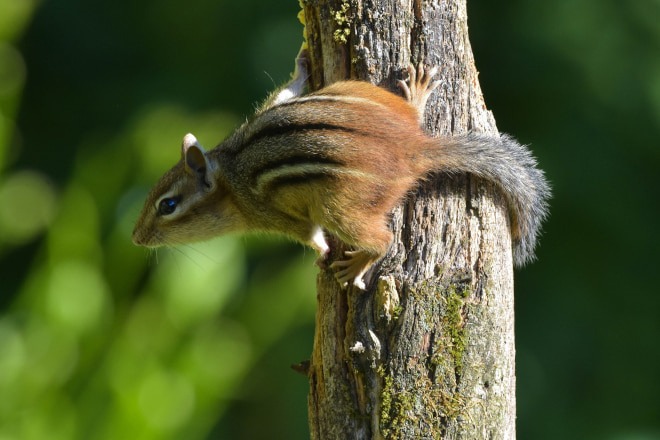 The chipmunk is a tiny squirrel, with black and white stripes that run down its back. Unlike the others in this list, this squirrel burrows underground, where it hoards nuts for the winter. It also hibernates through the winter, whereas tree squirrels and flying squirrels are active year-round. Chipmunks are common in campgrounds.

Are eastern grey squirrels a problem?

Eastern grey squirrels have been spreading westward across Canada, causing problems for the red squirrel. They compete for the same resources. What’s especially troubling is that the eastern gray spreads the squirrel pox virus, to which they have become immune. Red squirrels, however, usually die within 15 days of infection.

Eastern grey squirrels can also be a problem in the city, where they nest in attics. They chew their way into the roof, then nest indoors, where they dirty the home with feces and urine. Squirrels have also been known to ruin some plants, chewing on their bark and preventing regeneration.

How do I keep squirrels away from my campsite? 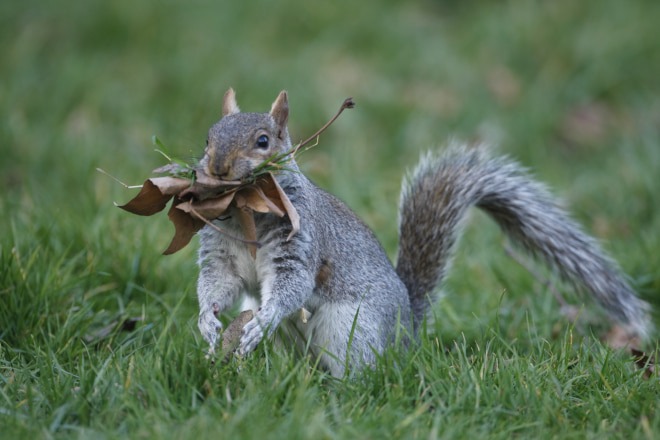 Like any other animal, squirrels are attracted to food. They have a keen sense of smell, which helps them forage and find the nuts they buried long ago. Keep this in mind when you are camping. Store all your food in sealed containers within a cooler that you keep in the car. If you are backcountry camping, store your food in a bear bag or barrel that you hang up in a tree, several meters from your tent. Never leave any food or food wrappers on the ground and don’t burn anything edible.

Generally, yes, but squirrels are skittish creatures. They are prey to all kinds of animals, like cats, coyotes, eagles, and foxes, so they prefer to keep their distance from humans. Only squirrels that have been thoroughly socialized will come near you.

Some city parks have squirrels that are friendly enough to eat out of your hand, but you should be careful when doing so. Squirrels run the risk of carrying parasites and diseases. Their teeth are also incredibly sharp – one bite and you might need stitches!