Ticks are a growing problem in Ontario due to rising temperatures. The bugs that used to live south of the border are creeping up north, causing problems for campers and dog owners. What’s especially concerning is that ticks are vectors of Lyme disease, a terrible illness that can last for years.

In its early stages, Lyme disease usually causes a rash that expands around the site of the tick’s bite. Known as erythema migrans, the rash looks like a bull’s eye that grows to over 5cm in diameter. Other signs include fever, chills, headache, fatigue, swollen lymph nodes, as well as aches in the muscles and joints. In its later stage, Lyme disease may cause a variety of other symptoms including more rashes, migraines, dizziness, arthritis, nerve pain, abnormal heartbeat, pinkeye, and facial paralysis.

Lyme disease is treated with antibiotics (woo-hoo!). The earlier you can get to a doctor, the better the prognosis. Symptoms may continue during and following treatment but will subside over time. Treatments for Lyme disease usually take a few weeks.

In most cases, ticks must be attached to their victims for 36 to 48 hours for Lyme disease to be transmitted. This is one of the reasons why dog owners worry about ticks – their dogs won’t tell them when they have been bit, and the bug may be latched on long enough for the disease to transmit. Veterinarians therefore recommend that you check your dog’s fur after a walk in the woods. If you camp often or live near a forest, consider asking your veterinarian for a tick preventative medication.

How to Prevent Tick Bites 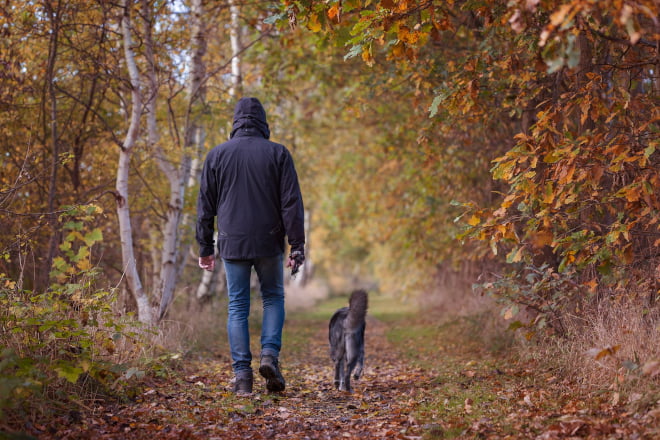 Scary stuff, eh? Luckily, ticks aren’t super common in Ontario. You don’t have to fear for your life whenever you go for a walk in the woods. However, it is a good idea to wear long pants and hiking socks. Ticks are usually hiding in the underbrush, waiting for someone to sit or linger long enough for them to grab hold of them. So, keep this in mind when you go out.

You can protect yourself further by using a bug spray that repels ticks. Look for a product that contains DEET or icardin. Spray it on your skin and your clothes. If you have a dog, you can ask your veterinarian for a pet spray or medication for tick season. Give yourself and your dog a quick inspection after a walk in the woods or tall grass.

What do you do if you get bit by a tick?

Stay calm. It’s important that you remove the tick properly, otherwise its beak will remain under the skin. Use a pair of tweezers to gently pull the bug out completely. Grab the tick as close to the skin as possible, then pull upwards in a slow and steady motion. Then, wash the bite wound with rubbing alcohol or soap and water.

If the tick breaks during removal, leave it alone. Simply wash the wound and apply an antibiotic cream once or twice a day. The beak will not transmit any disease following the death of the tick. Still, book an appointment with your doctor if you develop a rash or fever within several weeks of the bite. Show them the bite wound and tell them exactly when it happened.

How do you dispose of a tick? 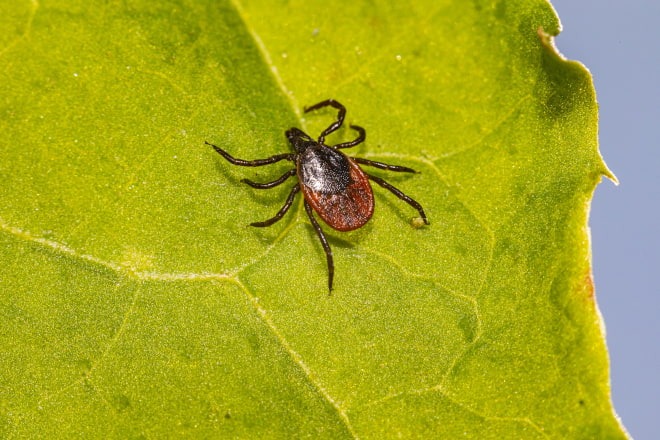 Avoid the temptation to crush the little monster with your fingers. Doing so may cause infected blood to splatter. Dump it in rubbing alcohol or flush it down the toilet, instead. If you’re out camping, you can wrap it in tape or put it in a Ziploc bag. Stomping on a tick might not actually do the trick. These bugs have tough exoskeletons that prevent them from getting crushed by their victims.